1.Single Stage- when items are separated into two or three groups. An example of this could be a group of objects that are arranged in groups by what color or what size they are.


For example the following picture shows objects classified on a single level by color. 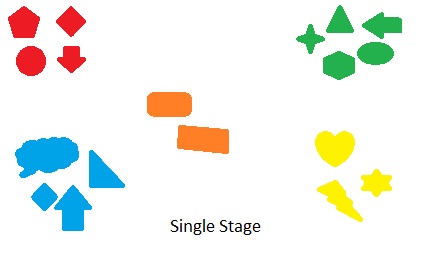 2. Multistage- when items are separated into many multiple groups on several levels. This means the items that objects are not just organized by one variable, like in above example by color, but by many like color and texture.


For example the following picture shows objects classified by multiple levels which are color and shape. 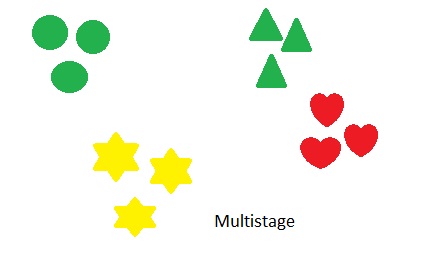 3.Serial Ordering- when items are arranged or grouped from smallest to largest.


For example the following picture shows objects classified by size from smallest to largest. 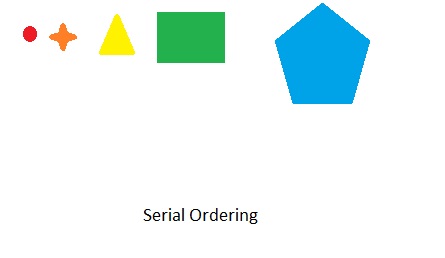